From the Oconee County Sheriff’s Office…

The Oconee County Sheriff’s Office is announcing an additional arrest in the first drug sweep of 2020. The operation officially began with a briefing at 8:30 am on Thursday, February 13th. The operation included not only agents from the Narcotics Division but deputies from the Warrants division as well. In all, agents were seeking 17 individuals on drug distribution charges involving Methamphetamine and controlled substances as well as one charge of Distribution of Fentanyl. During 2019, undercover operatives, working at the direction of the Sheriff’s Office, made control buys of narcotics.

The additional arrest today brings the total number of suspects arrested and/or have been or will be served their arrest warrants to thirteen.

At this time, he remains in custody at the Detention Center on a $50,000 surety bond
The Oconee County Sheriff’s Office is continuing their investigation and in order to
preserve the integrity of the investigation, no further information, including names of
other suspects being sought, will be released at this time. 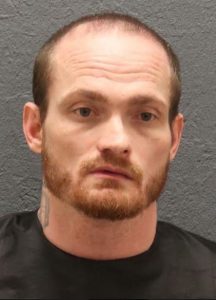 Friends of the Library book sale