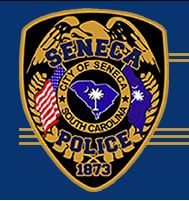 Seneca Police have confirmed that an armed robbery took place at the Spinx on By-pass 123 in Seneca Wednesday morning. Three men, one armed with a gun, fled the store with an undisclosed amount of cash. More information will be released soon. Seneca Police are continuing their investigation. Anyone with information can call Seneca Police or Crime stoppers.