Arrests Over the Weekend Reported from OCSO Detention Center

A Walhalla man was jailed Sunday on some serious charges. According to records from the Oconee County Detention Center, Sheriff’s Deputies arrested 41 year-old Nathan Dwight Heaton of an East Bear Swamp Road address and charged him with high and aggravated criminal domestic violence, possession of a weapon during a violent crime and discharging a firearm into a dwelling. He remains in custody pending bond and judicial proceedings. 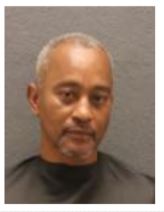 In an unrelated incident on Saturday, Seneca Police arrested 54 year-old Derrill Ledford Holland of a Laing Court address and charged him with distribution of methamphetamine. He was released from jail on bond, according to arrest records.