AT LAST, OCONEE HAS ITS OWN YMCA 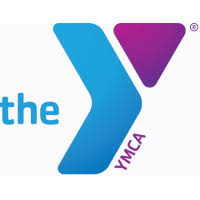 An idea born back in the 20th century became reality on Saturday when the Foothills Area YMCA held the grand opening of the Cottingham Campus on property adjoining the hospital complex near Seneca. The “Y” campus is named for the Cottinghams, a couple instrumental in helping raise funds for the multi-million dollar project. Hundreds of people turned out for the opening, a sign taken by officials that there will be lots of interest in the health living components that the “Y” has to offer. They include a large room of exercise equipment and a multi-lane indoor swimming pool for all ages. The Oconee public schools have a special interest in the swimming pool, as the school district has committed millions of dollars so that swimming lessons can be offered to all children and the pool can be made available for the first swimming teams to be organized by the county’s three high schools. The new “Y” operates under a 125-year old charter that Clemson University holds. The university ran a “Y” in eastern Oconee, but closed it in recent years.
February 9, 2020 Dick Mangrum