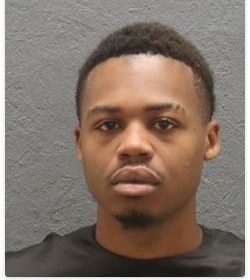 A victim told a deputy that Agner had came to his Tollkeepers Place residence near Seneca and had been asking about a female. The second time he came to the residence, the victim said that Agner pulled a gun and entered the home, armed with the weapon.

Once inside, the subject stole the victim’s car keys and IPhone and drove away in the victim’s $25,000 Dodge Charger, which was later recovered in Anderson County, where Agner was taken into custody.

Agner, Jr. has been charged with one count each of First Degree Burglary, Armed Robbery with a Deadly Weapon, Grand and Petit Larceny, Possession of a Weapon during Commission of a Violent Crime and Pointing and Presenting a Firearm at a Person.

At this time, Agner, Jr. remains in custody at the Oconee County Detention Center with a combined bond set in the amount of $162,125.