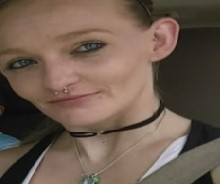 Pamela is a white female, 5’5” tall with a thin build and blue eyes. Pamela does have a Facebook account and a phone, however, the Sheriff’s Office reports that she has not used her Facebook account in several days and her phone has been turned off, according to her family. Pamela’s information has been sent to surrounding agencies and her information has also been entered into the National Crimes Information Center database.

Anyone with any information on the whereabouts of Pamela Faith Roach is asked to call the Sheriff’s Office at 864-638-4111 or Crimestoppers at 1-888-CRIME-SC.