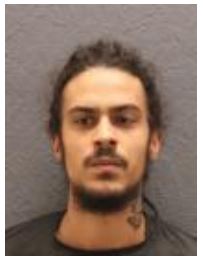 (Walhalla, SC)————————————–The Oconee County Sheriff’s Office is announcing a second arrest today in connection with a recent homicide that occurred on Padgett Street, which is on the Utica Mill Hill, near Seneca.

20 year old Stanley Eugene Earl, Jr. of Scott Circle in Pendleton was booked into the Oconee County Detention Center around 9:12pm yesterday on charges of Murder and Possession of a Weapon during Commission of a Violent Crime.  Earl, Jr. was taken into custody on Refuge Road near Pendleton late yesterday afternoon by agents from the South Carolina Law Enforcement Division.  Custody of Earl, Jr. was then transferred to Investigators with the Oconee County Sheriff’s Office.

Last Friday in a news release, the Sheriff’s Office announced the arrest of 27 year old Braxton Earl of Scott Circle in Pendleton in relation to the same incident.  Braxton Earl has also been charged with Murder and Possession of a Weapon during Commission of a Violent Crime.

Both subjects have been charged in the shooting death of 62 year old Richard Dennis Keese of Pendleton on Tuesday evening, August 31st.

The Oconee County Sheriff’s Office is continuing its investigation.

At this time, both subjects remain in custody at the Oconee County Detention Center as bond was denied for both subjects on the Murder charge.  Both subjects will appear at a later time before a Circuit Court Judge regarding bond.

On Monday, according to jail records, Oconee Sheriff’s Deputies arrested 20 year-old Stanley Eugene Earl, Jr of Pendleton and charged him with possession of a weapon during a violent crime and murder. He remains in custody pending bond and judicial proceedings. Details surrounding the investigation which led to Stanley Earl, Jr’s arrest should be forthcoming from the Sheriff’s Office soon.