SDOC Class of 2021 Valedictorians and Salutatorians

The School District of Oconee County is proud to announce the Class of 2021 valedictorians and salutatorians. 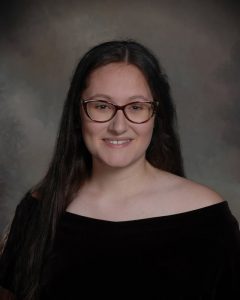 Kara is the daughter of Gary and Angela Justus, and sister to Evan. As a student at SHS, she was a member of National Honor Society, Beta Club, Future Farmers of America, Future Educators Club, SC Teacher Cadets National Honor Society, Chamber Orchestra, and the Lady Cats basketball and tennis teams. Additionally, she served as Vice President of Interact Club and editor of the Seneconian Yearbook for three years. Kara was named a Rotary Scholar for 6 years, a Palmetto Fellows Scholarship recipient, a High Honor Graduate, and a Rotary Youth Leadership Academy (RYLA) Delegate. She was also named an AP Scholar with Distinction, a National Rural and Small Town Recognition Program Winner, and a Commended Student in the National Merit Scholarship Program. Next year, Kara plans to attend Furman University as a Hearst Scholar to study Secondary Math education. 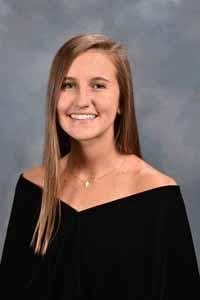 Abby is the daughter of Michael and Denise Thorsland and sister to John, Adam, and Emma. While at WHS, Abby lettered in cross country and track. Abby has also completed her first marathon. She is student body secretary, president of Mu Alpha Theta, a four year Rotary Scholar, and a recipient of the Palmetto Fellows Scholarship. She is also an active member of the Beta Club, the National Honor Society, the Fellowship of Christian Athletes, and the Anchor Club. Abby is a South Carolina High Honor Graduate and a recipient of the South Carolina Academic Honor Diploma.  Next year, Abby will be attending Clemson University and majoring in biology. 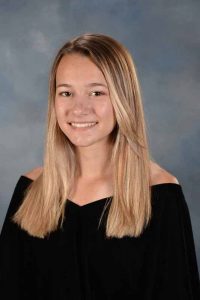 Caroline is the daughter of Heather Smith and Chris Smith and sister to Claire. At West-Oak High School, Caroline was a member of the varsity golf team for 6 years. During that time, she was awarded MVP and Player of the Year, was named all region and was an all-state qualifier, and was captain of the Golf team. Caroline was a member of the Beta Club, Spanish National Honors Society, Junior Leadership Oconee, Earth Warriors, and National Honors Society and volunteered at Dot’s Kitchen. She is the recipient of various scholarships, including The Rainey Rankin Upstate Scholarship, Women’s Western Gold Foundation Scholarship, Blue Ridge Junior Golf Foundation Scholarship, and the VVA Chapter 1017 Scholarship. She is a member of Holly Springs Baptist Church. Caroline has committed to play golf at North Greenville University where she plans to major in a STEM field and eventually attend a P.A. program 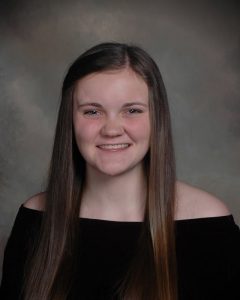 Ansley is the daughter of Kevin and Carla Brock and the sister of Ian. During her time at SHS, she was the Vice President of the National Honor Society. She was also an active member of Interact Club, Beta Club, Lady Cats softball, as well as Honors Chorale and Madrigals. Ansley was named a Rotary Scholar for 6 years, a Palmetto Fellows Scholarship recipient, a High Honor Graduate, and a National AP scholar. This fall, Ansley plans to continue her education at the University of South Carolina in the SC Honors College to study Political Science and International Relations. 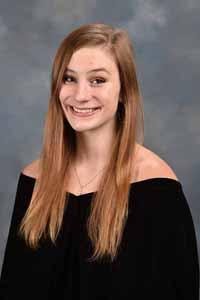 McKenna is the daughter of Christina and Ted Booker and sister to Zachary and Jonah. McKenna lettered in soccer and is an accomplished dancer. She has attended summer intensive programs with the Boston Ballet, the Orlando Ballet, and the South Carolina Governor’s School for the Arts. She is a member of Mu Alpha Theta, the Beta Club, the National Honor Society, the National Society of High School Scholars, and the Razor 2020 news team. McKenna is a three year Rotary Scholar, a South Carolina High Honor Graduate, a recipient of the South Carolina Academic Honor Diploma, and a Palmetto Fellows Scholar. McKenna will be attending the University of Alabama and majoring in biochemistry with a minor in dance. 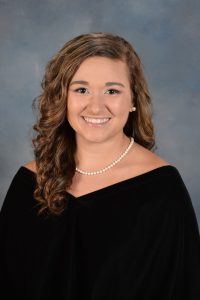 Addison is the daughter of Danny and Cassie Boggs. While at WOHS, Addison was a 4-year varsity volleyball letterman and served as captain for 2 years. She was a member of the Interact Club, Beta Club, National Honors Society, and FCA Leadership. Addison served as a Student Council Senator (10th and 11th grade) and as Senior Class President. She attended Palmetto Girls State, was the recipient of the Principal’s Leadership Award and Palmetto Fellows, and was named a Rotary Scholar (6th-10th and 12th grades). Addison placed 3rd in the Region for DECA and competed at the state level. She is a member of the Westminster First Baptist Church Youth Group and serves as a Senior Influencer with Kristin Clardy Photography. Addison has committed to play volleyball at Southern Wesleyan University where she plans to major in media communications with an emphasis on sports.