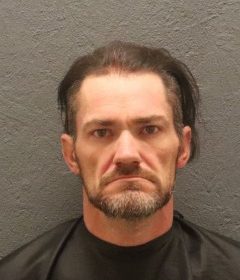 The Oconee County Sheriff’s Office arrested a Seneca man over the weekend on charges of Kidnapping and Domestic Violence – 1st Degree.

39 year old Jason Marvin Crowe was booked into the Oconee County Detention Center around 3:16am Saturday. Crowe was taken into custody after deputies responded to reports of a fight Friday afternoon at an address on Crowe Drive near Seneca which reportedly involved Crowe and a family member.

In regards to the Domestic Violence incident, a deputy from the Uniform Patrol Division responded early Thursday morning to an address on Crowe Drive in Seneca regarding a welfare check based on an anonymous complaint of a female that had been assaulted. The deputy made contact with a person of interest in the investigation, identified as Crowe, at an address on Marvin K Drive near Seneca.

While going down the road toward the Marvin K Drive address, the deputy detected a female voice in the area talking but could not ascertain where the voice was coming from. After making contact with Crowe, Crowe informed him that the female was not there and had left 15 minutes prior to the deputy’s arrival.

The deputy checked the property and the immediate area looking for the female but did not locate her. Crowe also did not give the deputy consent to search the residence for the female. The deputy later made contact with the subject of the welfare check, who is the victim in the case, at Oconee Memorial Hospital where she was receiving medical treatment.

Based on the evidence gathered during the investigation, deputies obtained arrest warrants against Crowe. At this time, Crowe remains in custody at the Oconee County Detention Center on a combined $100,000 surety bond. Crowe will have to wear an electronic monitoring device as a condition of bond should he be released.