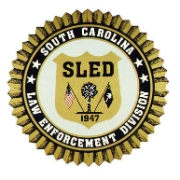 However, the report states that murders reached a five year high in the state last year, with 393 victims of murder reported.

The report also saw an increase by 16% in the number of law enforcement officers assaulted.

The data in the report was compiled from statistics that came from the Sheriff’s Office’s and police departments across the state and the full report is available online at www.sled.sc.gov.

Violent crimes consists of murder, sexual battery, robbery and aggravated assault and involves the element of personal confrontation between the victim and the offender.