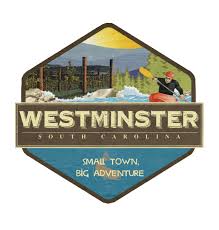 On July 26, 2018, the Westminster City Council met and reviewed five requests for orders of demolition against blighted housing in the city. The discussion turned to the ownership and use of other housing that would soon, if not immediately abated, be presented for demolition orders. A number of the worst housing situations reviewed by codes enforcement personnel, since April, have been rental housing units. As early as 1962, and last updated in 2012, the City of Westminster has had a requirement for inspection of rental property. This ordinance has been sporadically enforced over the years it appears. Due to the nature of the problem the Westminster City Council directed a renewed enforcement effort. The attached checklist is available for download and will be the one used to clear rental property for connection to utilities within the city. Inspections will be carried out by City of Westminster personnel, both Codes Enforcement and the Fire Department as personnel are available in order to ensure a quick turnaround on inspections. The city will begin use of the form and the process this Monday, Aug. 13, having had a chance for staff training to make sure it is carried out in the manner indicated in the ordinance and to avoid any unnecessary delays in the landlord-tenant transaction. It is worth noting that all of the requirements are minimal and well below the standards set in the most used reference, “The International Building Code” established by the International Building Council. It appear these minimal requirements bet strike the best balance between efficiency and the minimum safeguards needed for basic human habitation, according to the city. Understand it is both the responsibility of a landlord and tenant to ensure the inspection is completed. Unless the owner(s) of the dwelling unit is actually occupying, and plans to have the utilities in their name or the name of a household member, any occupancy will be construed as a tenant-landlord relationship. It is also very important to make sure the rental unit complies with all twelve provisions on the checklist before requesting an inspection, in order to avoid repeat trips to the same location, reports the city. Failing the inspection will create a longer time period before utilities can be connected. It has been the City of Westminster’s experience that most landlords in the city offer units that easily meet these requirements. Lately, the city has uncovered situations where underage children were living in dire circumstances with recognized electrical hazards in rental housing well below the level of decency established by these standards. The Westminster City Council felt it was their responsibility as community leaders to address this situation since it clearly within the province of municipal government in South Carolina to enforce minimal housing standards. Cooperation is greatly appreciated by the city. The inspection form can be found on the city’s website at www.westminstersc.org.