WHY THERE’S NO IMMEDIATE PLAN TO OPEN THE SPILLWAYS 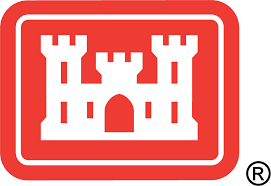 Some disappointing news for those of us hoping to watch the spillway gates open at the Hartwell Dam. On Wednesday, the Corps of Engineers Savannah office announced they would not be opening the spillways this week as planned and might not have to open them at all. Corps spokesman Billy Birdwell says the Corps had planned to open the spillway gates earlier this week, but then later changed their plans to later in the week. That all changed Tuesday when the additional rain forecast did not materialize. Birdwell said now there are no immediate plans to release water through the spillways. The forecast now calls for more rain today but not as much as first predicted and by this afternoon forecasters say a cold front is expected to move in and push the stalled front from the Gulf of Mexico out of here. Anyone who has ever been to the Hartwell Dam and watched them open the spillways knows what a magnificent sight that is. People come from all over Northeast Georgia and the Upstate to watch the eight spillway gates release water from Lake Hartwell and send it roaring down the Savannah River. But if the Corps does decide later to open the spillways, Birdwell says the public will not be allowed access to the area down around the metal fishing pier as in years past. Birdwell say however, that should the Corp reverse its decision and open the spillways, the public will be able to park at Big Oaks Recreation Center and walk the one mile over the earthen dam to the top of the Hartwell Dam and view the water releases from there.
February 13, 2020 Dick Mangrum