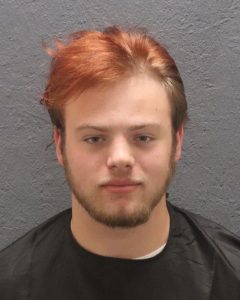 Investigators from the Oconee County Sheriff’s Office have charged 20 year old Nathaniel Tyler Byrd of Pink Hill, NC, located about an hour and a half east of Fayetteville, NC, with one count each of third degree sexual exploitation of a minor and dissemination of obscene material to a person under 18. Byrd was booked into jail Monday afternoon and released on a combined $50,000 personal recognizance bond.

Investigators received a report on September 22nd regarding a reported exchange of obscene material between the victim, a teenager, and Byrd. Investigators spoke to Byrd, who agreed to turn himself in as arrest warrants were obtained against him. The Oconee County Sheriff’s Office is continuing its investigation.