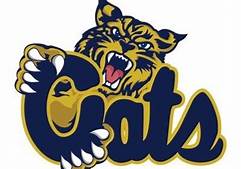 Congratulations to both the boys and girls Seneca Bobcats Basketball teams for advancing to the third round of the AAA state playoffs. The girls will play Southside at 7:00 Monday night, and the boys will play Tuesday night at 7:00 against Indian Land, both games at Seneca. Should the Bobcats win these games, they will advance to the Upper State Championship games that will be played at the Bon Secours Wellness Arena in Greenville on Saturday. Both tonight’s and tomorrow night’s games can be heard right here on 94.1 The Lake!