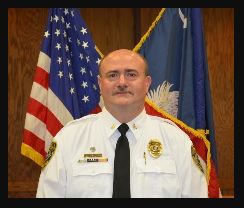 Citing what are described by officials as personal reasons, Seneca’s longtime Police Chief John Covington is on administrative leave.

City Administrator Scott Moulder said that Covington is still the Chief, but didn’t say anything further, including how long Covington would be on leave.

The city has appointed Capt. Casey Bowling as interim chief during Covington’s absence.