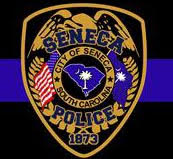 Two men were placed into investigative detention by Seneca Police not long before 1:00 am Friday. Warrants and an incident report from Seneca Police show that officers on patrol in the Adams subdivision arrested Donnie Dwayne Roscoe, age 39 of McColl, SC and Christopher Frank Strickland, age 28 of Pendleton. Both men were charged with second degree burglary and possession of tools for the commission of a crime. The two men were placed into investigative detention when they were found in a residence, police said. Extra patrol was implemented after recent burglaries were reported in that neighborhood, and it appears to have paid off, police said.